To share your memory on the wall of Bonnie Person, sign in using one of the following options:

Bonnie was born in Great Falls, Montana, to Donald and Lillian Larson. The family moved to Washington, DC, and Portland, Oregon, where Bonnie met her future husband Roger in the sixth-grade Sunday School at Augustana Lutheran Church. The romance waxed and waned through their years at Grant High School. They both attended Portland State University. After Roger completed his military service, Bonnie transferred to the University of Northern Colorado and Roger to Colorado State University. They married in Portland on August 22, 1964. After a honeymoon in Yellowstone, they lived in a tiny trailer near Lake Loveland while Roger finished CSU and Bonnie taught third grade at Washington School (now part of the Loveland Civic Center).

Plans for Peace Corps service in Africa dissolved with the arrival of son Kirk in 1967. Thereafter, Roger and Bonnie’s vision for service to God shifted to orphans, adopting Linnea from southern Colorado in 1970, and Thai and Lonnie from Vietnam in 1972 and 1975, respectively. Roger and Bonnie actively volunteered with the Friends of Children of Viet Nam (FCVN), which provided financial and medical assistance to over 20 orphanages during the war and helped thousands of Vietnamese children (and later Korean and Indian children—whom Bonnie escorted on transpacific flights) find their forever families in the United States.

With White, Hispanic, Black and Asian children, the Person family attracted attention wherever they went, and were profiled in many newspaper and magazine articles. In one interview, Bonnie related, “I went to a weaving class and someone asked if I was running a pre-school. I think they were startled when I said they were all mine.” A former area newspaper noted that “Bonnie isn’t a saint and doesn’t pretend to be one,” but nonetheless proclaimed her “Mother of the Year 1975.”

Bonnie left the classroom to focus on her children, but never stopped being a teacher. Motherhood for her meant seeking out teachable moments 24/7, in the home, local museums, nature, family vacations, and of course books—knowledge was a thing of joy to be found anywhere and everywhere. She later brought this same passion to her first and second graders at Heritage Christian Academy in Fort Collins, where she served for over 10 years.

In the 1990s, Bonnie fulfilled her life-long interest in global missions, serving as an English instructor several times over several years at Yonok University in Thailand, as well as at an educational center for girls at risk of being trafficked. One highlight was escorting Her Royal Highness Princess Maha Chakri Sirindhorn through an exhibition Bonnie created on the history of writing, culminating with the Princess inscribing her royal insignia in a slab of wet clay now on permanent display at the university. Many Thai friends visited her in Loveland, and have expressed sadness at her passing.

In retirement, Bonnie and Roger enjoyed travels in Asia and Europe, including two months living outside Barcelona, Spain. She derived great joy from her many grandchildren, watching them bounce on the trampoline, attending their school and sports events, and even writing and illustrating books specifically for them. She was a long-time member of LifeSpring Covenant Church.

A service celebrating Bonnie’s life will be held Tuesday, April 20, 11 AM at Lifespring Covenant Church in Loveland. Friends may attend in person, or view the livestream video for up to one week after the service at www.lifespringchurch.org/bonnieperson. In lieu of flowers, memorial contributions may be made to Pathways Hospice https://pathways-care.org/ways-to-give/# or the LifeSpring Covenant Church Missions fund https://www.lifespringchurch.org.

“Basic to our philosophy of life is a whole-hearted belief in divine guidance. We have relied upon that guidance in the past, and feel its influence very strongly....We’ve made the Prayer of St. Francis of Assisi a cornerstone of our marriage and our everyday lives.” Bonnie Person, September 7, 1972
Read Less

To send flowers to the family or plant a tree in memory of Bonnie Mae Person, please visit our Heartfelt Sympathies Store.

We encourage you to share your most beloved memories of Bonnie here, so that the family and other loved ones can always see it. You can upload cherished photographs, or share your favorite stories, and can even comment on those shared by others.

Your CBF family sent flowers to the family of Bonnie Mae Person.
Show you care by sending flowers

Posted May 06, 2021 at 02:55pm
Roger and family,deepest condolences.When someone you love becomes a memory,the memory becomes a treasure Prayers to the family,Russ McCartney
Comment Share
Share via:
YF

Posted Apr 14, 2021 at 02:28pm
Wishing you and your family peace to bring comfort, courage to face the days ahead, and loving memories to forever hold in your hearts.

Your CBF family purchased flowers for the family of Bonnie Person. Send Flowers

We are so sorry to hear of Bonnie's passing. Thinking of you brings back good memories of when we were all in a closely knit neighborhood and our children played together.

Our thoughts and prayers are with you and your family at this difficult time. 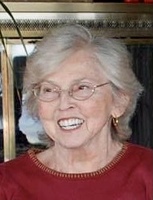 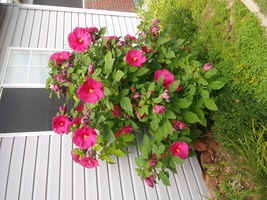