To share your memory on the wall of Charlie Williams, sign in using one of the following options:

Print
On Wednesday, March 10, 2021, Charlie “Chic” Williams Jr, loving husband and father of two, passed away at the age of 58.

Chic was born on November 20, 1962 in Columbus, GA to Charlie, Sr. and Joyce (Vining) Williams. They decided to nickname him Chic out of the choices Chip, Chuck and Chic. The second child of four, Chic developed a hunger for knowledge and excelled in academics. Prior to graduating from Shaw High School in 1981, Chic achieved his Eagle Scout Badge and this remained among his most proud achievements. Graduating from the University of Georgia with a degree in English, from Columbus State University with a degree in Nursing, and from the University of Phoenix with a Masters of Business Administration, Chic prepared himself for the world and opportunities that came his way. Working for McKesson Health Solutions in Broomfield, CO, Chic excelled to Manager of a very large clinical call center assisting callers with health questions and disease management programs for the chronically ill.

On June 26, 2004 he married Marie Dame and together they had two daughters, Olivia and Abigail.
A true outdoorsman, Chic was often sited at Red Feathers, Colorado with a fishing pole in his hand catching trout. Or he may be camping and hiking in Red Feathers with his two girls. He loved taking his girls with him and teaching and watching them learn what he loved. Chic also loved anything to do with Volkswagen Bugs. Buying them, painting them, fixing them up with his buddy Mike, and driving them anywhere and everywhere. Chic beamed every time he talked about his girls. He was so proud of the young ladies they are becoming, how well they do in school, and was 100% behind anything they did. As he often said with complete honesty, “they have me wrapped around their little finger.”

With his sharp intellect, his humor was quick and dry and that million-dollar smile was among his trademarks. Chic was someone who would truly “give you the shirt off his back.”

Chic is survived by his wife Marie Dame Williams and children Olivia and Abigail, as well as his mother Joyce Vining Williams, and siblings, Kelli, Shane and Matt. On the day that he passed, he was preparing to leave Loveland, CO and travel to Columbus, GA to join his siblings to say goodbye to his father who was ill. Chic’s father passed four days later with the knowledge that he had lost his oldest son.

No funeral services are planned at this time. A celebration of life will be held this summer. In lieu of flowers, donations are appreciated to support the family during this difficult time. Attached you will find the Go Fund Me for the Williams' family https://www.gofundme.com/f/help-marie-with-the-loss-of-her-husband
Read Less

To send flowers to the family or plant a tree in memory of Charlie Baggett Williams Jr., please visit our Heartfelt Sympathies Store.

There are no events scheduled. You can still show your support by sending flowers directly to the family, or planting a memorial tree in memory of Charlie Baggett Williams Jr..
Visit the Heartfelt Sympathies Store

We encourage you to share your most beloved memories of Charlie here, so that the family and other loved ones can always see it. You can upload cherished photographs, or share your favorite stories, and can even comment on those shared by others.

Posted Mar 23, 2021 at 05:43pm
I have so many memories of Chic! My claim to fame was being his 1st/2nd grade girlfriend. His mother would always share the story of how Chic came home from school announcing he had a girlfriend. I truly cherished my friendship with Chic and was blessed to have him in my life. Just know you can ride shotgun anytime in my bug. I'm sure you'll give me a sign you're there. Love you friend! ❤
Comment Share
Share via: 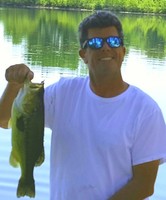 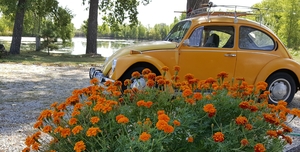