To share your memory on the wall of Clifton David Dyer Schwind, sign in using one of the following options:

Cliff was a graduate of Centennial High School, a Master Automobile M... Read More
Cliff Schwind was born on June 21, 1985 to Marion Dyer and Joe Schwind in Lawrence, Kansas. Cliff died on May 21, 2021 in Fort Collins, Colorado, one month shy of 36.

Cliff was a graduate of Centennial High School, a Master Automobile Mechanic and a proud member of the United States Marine Corps. Cliff was a student at Colorado State University, and was, at the time of his death, a semester away from his degree in Economics.

Cliff married Samantha M. Wade on April 1, 2011. She was the love of his life. Their union produced two wonderful daughters, A.J. and Everly.

Cliff lived most of his life in Colorado. He loved the outdoors and physical challenges. He enjoyed hiking, bicycling, skateboarding, boating, rock and mountain climbing.

Cliff is survived by Sami Schwind, his kids A.J. and Everly, his mother Marion Dyer, his father and step-mother Joe and Jane Schwind, his sister Courtney Hayes, and her children Shane, Kylee and Maverick. We all miss you, Cliff, and will so long as we live.

Cliff suffered the effects of bipolar disorder and PTSD. Donations to any associated charities or veterans organizations are appreciated.
Read Less

To send flowers to the family or plant a tree in memory of Clifton David Dyer Schwind, please visit our Heartfelt Sympathies Store.

There are no events scheduled. You can still show your support by sending flowers directly to the family, or planting a memorial tree in memory of Clifton David Dyer Schwind.
Visit the Heartfelt Sympathies Store

We encourage you to share your most beloved memories of Clifton David Dyer Schwind here, so that the family and other loved ones can always see it. You can upload cherished photographs, or share your favorite stories, and can even comment on those shared by others. 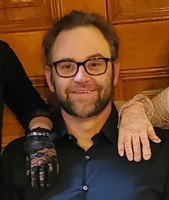 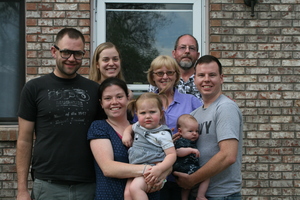 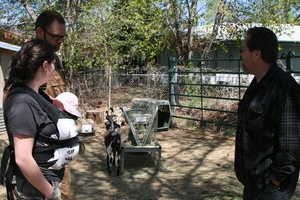 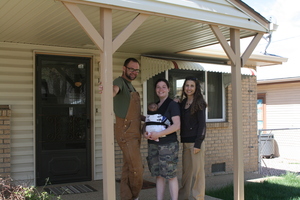