To share your memory on the wall of David Milner, sign in using one of the following options:

After his honorable discharge, David met his future wife, Martha Reyes, while working at the A&P Grocery store. Dave and Marty were married on January 12, 1958 in California. They welcomed three children to their family. Michael, Anita and Denise including 6 Grandchildren and 8 Great-grandchildren.

Dave and Marty along with their kids moved to Loveland in August, 1976. They wanted to leave the rat-race behind in Calif. In September 1976 they bought The Little Store on the corner of 5th and Roosevelt. They owned the store until 1996 and closed it knowing they were the last family owned little grocery store in Loveland. From behind the butcher counter, Dave greeted many customers as friends and more often as family. He enjoyed the neighborhood surrounding the store and would go out of his way to help many of the areas elderly. All with a great sense of humor and quick wit. Yes, Dad had a great wit about him. He passed that on too! Thanks Dad!!

Dave began working for the City of Loveland as a Seasonal worker, mowing and cleaning up the parks. He took great pride in his work duties, making sure he always did his best. He had a strong work ethic and could work harder than those half his age. He worked for the city for over 20 years. Finally retiring in 2019.

Dave is survived by his wife, Martha, children – Michael (Arizona), Anita (Loveland), and Denise (Littleton) 5 Grandchildren and 7 Great-grandchildren. Dave is also survived by sister-in- laws and brother - in- laws, as well as many nieces and nephews. Never to be forgotten are the numerous cousins, whom he enjoyed many youthful summers in Nebraska hunting for frogs and fishing including shenanigans boys could conjure up. Yes, the girls helped too.

He was preceded in death by his parents, older brother Jim, his older twin brother, Donald a grandson and a great-grandson.

We would like to thank the wonderful Nurses from Pathways Hospice who cared for Dad. Without their kindness, Dad’s journey would have been so difficult to walk alone.

Cremation has taken place. No services are planned.

Donations towards the placement of a memorial bench to be placed in a City of Loveland Park are being accepted C/O Viegut Funeral Home 1616 N Lincoln Ave. Loveland, CO 80538. Please make checks payable to the City of Loveland.
Read Less

To send flowers to the family or plant a tree in memory of David Campbell Milner, please visit our Heartfelt Sympathies Store.

There are no events scheduled. You can still show your support by sending flowers directly to the family, or planting a memorial tree in memory of David Campbell Milner.
Visit the Heartfelt Sympathies Store

We encourage you to share your most beloved memories of David here, so that the family and other loved ones can always see it. You can upload cherished photographs, or share your favorite stories, and can even comment on those shared by others.

Posted Mar 25, 2021 at 12:28pm
I met Dave and Marty while working for the parks dept. as I would always stop at the Little Store for my break. Thy were both such loving and wonderful people that I ontinued visiting their store for many years and felt their friendship to be genuine.....I have missed them both since the store closed and send my heartfelt condolences to Marty and family.
Comment Share
Share via:
MF

Posted Mar 25, 2021 at 12:28am
I met Dave and Marty when I delivered mail to the store for several weeks in the early 80’s. They were both so wonderful and welcoming. I used to take my lunch there so I could sit and chat with them. You are missed, Dave! 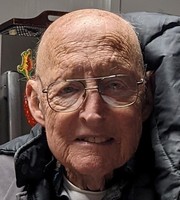