To share your memory on the wall of John \"Jack\" Pickett, sign in using one of the following options:

Print
John Francis “Jack” Pickett, our awesome husband, father, grandfather, uncle and friend was born on September 4, 1940, and went to heaven on March 26, 2021.

Jack was born in Framingham, Massachusetts to John and Vivian (Morse) Picket... Read More
John Francis “Jack” Pickett, our awesome husband, father, grandfather, uncle and friend was born on September 4, 1940, and went to heaven on March 26, 2021.

Jack was born in Framingham, Massachusetts to John and Vivian (Morse) Pickett. He grew up in Worcester and was happily living as an only child until twin sisters came into the family when he was five years old and another sister when he was 7. He went to Winslow Street School, Chandler Street Junior High and Commerce High School. He left high school in his senior year with one semester left and joined the Army. He got his GED while serving in Korea. He served 22 ½ years in the United States Army, he served in Fort Hood, Texas, Fort Storey, Virginia, Fort Knox, Kentucky, Fort Lewis ,Washington and Ayers Kasern, Butzbach, Germany. He did five tours in Korea and two tours in Vietnam. He first went to Vietnam at the end of December, 1965 and was severely wounded in an ambush by the Viet Cong on February 23, 1966, less than two months after arriving there. He was sent to a hospital in the Philippines and then on to Valley Forge Hospital in Pennsylvania for medical care and recuperation.

It was at Valley Forge Hospital that Jack met the love of his life, Linda Kay Sturgis who was serving in the Army as a dental technician. Jack went to the dentist because he needed a rout canal and the rest is history. As Jack put it, “it was love at first bite”. He and Linda kept up a long-distance relationship for a while and made it permanent on June 26, 1970 when they married in Loveland, Colorado. Jack and Linda were blessed with two beautiful sons John Francis III in 1972 and Joseph Robert in 1978. The home was filled with cats and dogs and love.

When the boys were young, Jack began his twenty plus years of volunteering with the Boy Scouts of America. Long after John and Joseph were out of scouting, Jack continued. It is amazing to still see so many of the young men he mentored who keep in touch and remember so fondly their days with their dedicated scout leader. Jack received the highest volunteer award in Boy Scouts...The Bronze Bighorn Award.

Jack had many careers. His first career spanned over twenty- two years in the military. His second career was almost as long, he worked 21 years for the water department in Loveland. When he retired for a second time, he became a Certified Nursing Aide; this he said, was his favorite job. He was a people person extraordinaire and his interaction with his co-workers, patients and private patients, brought him great joy.

Jack also belonged to several Veterans organizations such as the American Legion, VFW and the Military Order of the Purple Heart. To say that Jack was a true Patriot, is surely an understatement. Jack was a giver and never said no to anything that was asked of him.

Jack leaves his BFF and loving wife of 50 years, Linda Pickett, his son John and his wife Jenny Hupka Pickett, his grandsons Matthew and William. He also leaves his three sisters from Massachusetts, Vivian Peluso, Kathy Pickett and Margaret Reed. Jack leaves his best friend and brother-in-law Jim Sturgis and his wife Gwen, his brother-in-law Tim Sturgis and his wife Peggy, and his much-loved nephews and nieces in Colorado, Massachusetts, Florida, California and Maryland. Jack also leaves his furry friends who were as devoted to him as he was to them, Jake, Vladimir and Lazarus.
Jack was predeceased by his son Joseph Robert Pickett who passed away in 2015. It truly broke his heart. He was also predeceased in death by his parents John and Vivian (Morse) Pickett, his mother and father-in-law Robert and June (Swoveland) Sturgis, his brothers-in-law Robert Peluso and Danny Sturgis.

Jack believed in God, he believed that all people are created equal and he believed in the American Flag. We will honor Jack at his funeral service which will be held Thursday, April 1, 2021 at 11AM at Crossroads Church, 5420 N. Taft Ave, Loveland, CO 80538. We ask that masks be worn at all times during and after the service.

In lieu of flowers, there is a memorial in Jack’s honor, for the college education of his grandsons Matthew and William, or a donation can be made to the Community Kitchen Loveland, 427 N Garfield Ave., Loveland, CO 80537 in Jack’s name.

To send flowers to the family or plant a tree in memory of John "Jack" Pickett, please visit our Heartfelt Sympathies Store.

We encourage you to share your most beloved memories of John "Jack" Pickett here, so that the family and other loved ones can always see it. You can upload cherished photographs, or share your favorite stories, and can even comment on those shared by others.

Jen and Jason Franikowski sent flowers to the family of John "Jack" Pickett.
Show you care by sending flowers

Posted Apr 05, 2021 at 07:45pm
Jack Pickett a ball of fire and enthusiasm unmatched by many. I only knew Jack through the American Legion and the many times he assisted me in the many events. His leadership in the Boy Scouts was nothing but OUTSTANDING. He was a good man, a person of integrity and honesty. Jack is the kind of man who would voice his opinion and still be able to shake the hands of everyone in the room. Jack I’m sorry I did not keep in touch better over the years. You are truly a person who I admire for you many years of volunteering with the youth and your own time with the American Legion. God Bless, SALUTE 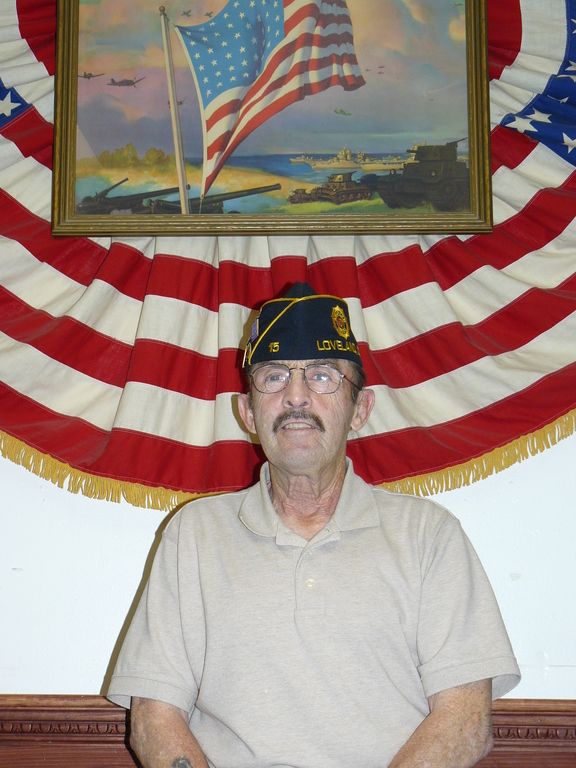 Posted Apr 02, 2021 at 12:34pm
What a wonderful man, wonderful veteran, and pleasure to know from this former dietitian, at the VA. He set such a fine example of purposeful living and generosity; I always looked forward to our visits. Sending prayers to Linda and family with hopes that the memory of your beloved may be for a blessing.
Lana Olsson
Comment Share
Share via:
M( 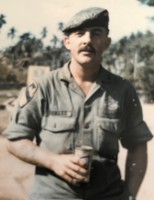 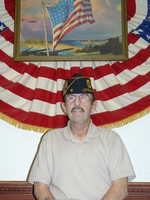