To share your memory on the wall of Joseph Johnson, sign in using one of the following options:

Print
Joseph Harold Johnson, 54, was granted his set of angel wings February 18, 2021 at his home in Brush, Co.

Joseph was born October 14,1966 in San Pedro, California to Larry and Elizabeth (Arriola) Johnson. Joseph was the third born of six... Read More
Joseph Harold Johnson, 54, was granted his set of angel wings February 18, 2021 at his home in Brush, Co.

Joseph was born October 14,1966 in San Pedro, California to Larry and Elizabeth (Arriola) Johnson. Joseph was the third born of six children. He was raised with 5 siblings in a Navy household that travelled often. In 1983 their family settled down in Briggsdale, Colorado where Joe later graduated from Briggsdale High School in 1985. Following high school Joe went on to serve in the US Air Force for 2 years. While enlisted he met Anna Morningstar who he raised 4 daughters with. During this time Joe operated his own welding and fabrication business. In 2003, Joseph moved to Oregon where he later married Glenda Turner in February 2007. Joe, Glenda and her two children lived in Brush, Colorado where they raised a son together. Joseph’s hobbies included traveling, arrowhead hunting, singing karaoke, creating metal art as well as spending time with family.

Joseph’s life would seem too short to many, but those who were touched by him understand that the quality of one’s existence far exceeds the quantity of time one spends on earth. His gentle smile, kind heart and beautiful singing brought joy to so many people around him. Joe was a wild child with a free soul that will greatly be missed by many. Joseph’s courage and hope will continue to remind us all just how precious life truly is.

There will be a viewing held from 11am-1pm on Friday, February 26, 2021 at Viegut Funeral Home, located at 1616 N Lincoln Ave, Loveland, Co. There will be snacks and refreshments provided on site.
Read Less

To send flowers to the family or plant a tree in memory of Joseph Harold Johnson, please visit our Heartfelt Sympathies Store.

We encourage you to share your most beloved memories of Joseph here, so that the family and other loved ones can always see it. You can upload cherished photographs, or share your favorite stories, and can even comment on those shared by others.

Shannon Spencer and Joanne and Sammi Johnson sent flowers to the family of Joseph Harold Johnson.
Show you care by sending flowers

Posted Mar 17, 2021 at 10:46pm
Another family member gone too soon....Joe was always so happy whenever I would see him. Joe loved family and singing for his mom seemed to make them both so happy. Now they can sing together. Be at peace cousin ❤️
Comment Share
Share via:
SF

Posted Mar 15, 2021 at 02:12am
My deepest sympathies to the entire family during this tragic time. Although our hearts are heavy from losing someone special, we celebrate his life by finding comfort in the memories that were created over the years. My dear cousin Joe will always be loved and never forgotten. May his soul rest in peace!
Comment Share
Share via:

Posted Mar 12, 2021 at 03:48am
Joe- what can I say brother... I miss you already! I’m so unsettled and sad... I wish for one more moment so I could tell you that “I Love You!” You were the most giving and loving person. I’m so glad you came to stay with us after mom passed away. We had a great time visiting and I will cherish that always. I just can’t believe this is so! Give Mom a kiss and hug for me! Rest In Peace Becky
Comment Share
Share via:
HD

Posted Mar 02, 2021 at 08:01pm
Joe-
I hope that somehow you know how blessed I am to have you as my cousin. I have so many happy memories of spending time with you. One thing that never changed from childhood to adulthood was your wonderful grin and the sparkle in your eyes. I never got to hear you sing but I did get to hear you laugh. You always brought a smile to my face.
I remember when we went out for pizza and then rented the movie A clear and present danger. We liked the movie so much, we watched it again. It was such a good time. I will love and miss you for the rest of my life.
It is impossible for me to understand Gods plan but I know that you are wrapped in His love and comfort.
Till we meet again dear cousin-
Love Holly.
Comment Share
Share via:
J

Posted Mar 01, 2021 at 09:50pm
Joe- I love you cousin. We stole and smoked a lot of cigarettes together! One time in my truck Joe had a hat with a brim on.. it was dark and we were driving. Joe filled his mouth with butane and was going to blow it up through the cigarette and light it... when it did it went off like a fire cracker and a blue ball of flame went up around the brim of the hat!! I laughed so hard I almost crashed. Rest easy Joey
Comment Share
Share via: 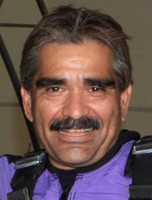 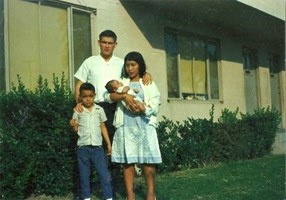 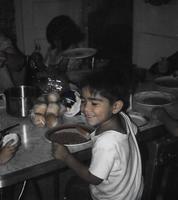