To share your memory on the wall of Kurt Olschner, sign in using one of the following options:

Print
Kurt John Olschner passed away March 22, 2021 after a battle with a rare form of leukemia. He was surrounded by his loving wife and children when he passed.

Kurt was born on April 20th, 1967 in Princeton, NJ to Paul and Carolyn Olschner.... Read More
Kurt John Olschner passed away March 22, 2021 after a battle with a rare form of leukemia. He was surrounded by his loving wife and children when he passed.

Kurt was born on April 20th, 1967 in Princeton, NJ to Paul and Carolyn Olschner. He lived in Belle Meade, NJ until the age of 5. He and his family then moved to Centennial Colorado where Kurt started kindergarten. He continued his schooling and graduated from Cherry Creek High School in 1985. He then attended the Art Institute of Colorado for 2 years.

In 1988 Kurt proudly enlisted in the U.S. Air Force Reserve. He faithfully served in Iraq in Desert Shield for three months in 1990-91. During the 11 years he was in the Reserve, he traveled for two weeks each year. He visited Korea, Japan, Italy, Hawaii, Alaska, and Germany. In 1992 Kurt moved to Blaine, Washington, where he studied photography. He enjoyed the change of scenery and found great places to hike in the area.

After about two and a half years in Blaine, he returned to Colorado and lived in Highlands Ranch. He worked at Gart Brothers Sporting Goods where he worked in the Photography Department selling and teaching photography. Later, he worked at Pentax for five years working in management and customer service. He met Hector who reached out and shared the gospel of Jesus with Kurt.

Kurt was a faithful, unwavering disciple of Jesus Christ. He studied the bible and was baptized on July 26th in 1998 proudly proclaiming Jesus is LORD. He was steadfast in his faith and professed his love for God until the end of his life.

Kurt had the opportunity to travel to the Philippines with Hope Worldwide. During his time there, he helped build houses for the Philippine community. He was able to serve and document his experience through his talented photography skills. He also got to travel to New Orleans to help with Hurricane Katrina Relief. Kurt was a lifelong servant to so many. He often served in secret and called it “Love Bombing.”

Kurt was a well-established business owner as a Professional Photographer serving his clients with integrity and a beautiful artistic eye. He finished his career at Columbine Heath Center in Fort Collins, CO. as an IT specialist, where he worked for 12 years.

Kurt and Amelia were deeply in love, grateful to serve and love God together and fulfilled many lifelong dreams together as a married couple. Kurt and Amelia were dedicated to the mission of Christ and were disciples of Jesus their entire marriage. The two of them together were eager to entertain others and live life to the Full. They both loved to host church parties for the marrieds ministry and used their house and resources to serve God and His people. They had many fun adventures together as a family. Their family: Kurt, Amelia, Katelyn, and CJ are known as “TEAM O” by close friends and family.

Kurt’s daughter Kathryn was born November 25th, 2007 in Littleton, CO. He was excited about having children because he thought it would better help him understand the heart of God. He was a proud stay at home dad for the first eight months of Katelyn life. His nickname for her was “Sweet Pea.” Katelyn loves music and is a deep thinker like her father Kurt.

Kurt’s son Cameron John was born on June 1st, 2010 in Loveland, CO. He was delighted to have a son! He loved Jeeps so much that he made sure to have his first name begin with the letter “C” so his nickname could be CJ. Cameron shares his dad’s middle name. Kurt loved reading books to Cameron and enjoyed fishing with him. They loved to learn with one another, tell jokes to each other, goof around and laugh together. One of Kurt’s favorite things of all, was to hear CJ laugh.

He is surpassed in death by his father Paul Olschner who passed away April 3rd, 2020.

Kurt will be deeply missed by many but take heart and rejoice as he is in heaven now hearing the words he longed so much to hear "Well done good and faithful servant, here is the room I have prepared for you.”

Memorial services will be held at Foundations Church on Saturday, April 17, 2021 at 9:30am.
Read Less

To send flowers to the family or plant a tree in memory of Kurt John Olschner, please visit our Heartfelt Sympathies Store.

We encourage you to share your most beloved memories of Kurt here, so that the family and other loved ones can always see it. You can upload cherished photographs, or share your favorite stories, and can even comment on those shared by others.

Park Hill High School Fine Arts Department, Kansas, The families of Liz Henderson, Mike Henderson and , and other have sent flowers to the family of Kurt John Olschner.
Show you care by sending flowers

Posted Apr 17, 2021 at 01:39pm
To Amy and your whole family, we lift up your hearts during this so so difficult time. We remember Kurt coming to CCI Puppy classes and hanging out and playing with the kids and the pups. Always in a good mood! May your faith carry you through to more joyful days. Jen and Chris Halstead
Comment Share
Share via:
PK

Posted Apr 16, 2021 at 12:11pm
Please accept our most heartfelt sympathies for your loss... Our thoughts are with you and your family during this difficult time.

The families of Liz Henderson, Mike Henderson and

The families of Liz Henderson, Mike Henderson and purchased flowers for the family of Kurt Olschner. Send Flowers

Posted Apr 14, 2021 at 08:40pm
I personally have never had the pleasure of meeting Kurt but after reading his Tribute I felt compelled to say a few words. With so many uncertainties we face in this world its wonderful to know that there are beautiful selfless people in this world who puts God first and lives through Gods purpose which is to help others so Thank you Kurt for being one of these special people and I know your family must be so proud of you God Bless your beautiful soul

Thank you. You prayed so hard for him. His family appreciates you so much. 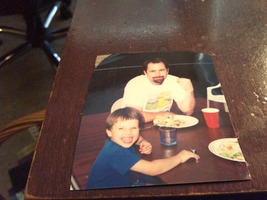 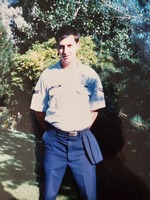