To share your memory on the wall of Lorna Steinke, sign in using one of the following options:

Lorna was born April 24th, 1920 in Logan, Iowa to parents Theodore Wilding and Ada Jones Wilding. Following her high school experience which included playing trombone in the marching band, she moved to Omaha, Nebraska to attend nursing school. She proudly received her cap, pin and cape when graduated as a registered nurse in 1939 and began her lifelong nursing career.

On June 24, 1940 she married her sweetheart Paul John Turnquist. Together they pursued the American dream as they raised their two daughters, survived WWII, invested in his advanced educational achievements and continued her accomplishments as a OB-Gyn office nurse and company nurse. They valued their Augustana Lutheran church affiliation, their Swedish heritage, and their extended families.

Following Paul’s premature death at age 48, Lorna worked as a school nurse. She married Ivan Steinke and moved to a self-built home on the South Saint Vrain river near Lyons, Colorado. She continued as a volunteer nurse and community member and they began trading the cold winters for a warm spot in Mesa, Arizona and a new group of snowbird friends.They moved permanently to Loveland, Colorado prior to Ivan’s death.

Lorna continued to be a vibrant member of the Loveland community. She cherished her P.E.O. Sisterhood, her book club, her rescue Schnauzer, and her wide circle of friends. She loved to travel, whether camping or cruising. She enthusiastically made Christmas cookies for friends and s’mores for grandkids. She was always up for a good laugh, a weepy movie and funny gossip. With the help of new friends and caregivers, she happily moved to Loveland Good Samaritan senior living where she continued to be a creative crafter and an avid reader.

Lorna is preceded in death by her husbands Paul Turnquist and Ivan Steinke, her parents Ted and Ada Wilding, her beloved siblings Hazel Jones and Jack Wilding and her nephew Kenny Jones.

She is mourned by her daughters and sons-in-law Jacqueline and Roger Johnson, Jeanne and Thomas Patterson, grandchildren Paul and Tisha Johnson, Ted and Melisa Johnson, Emily and Eric Jones and Jill and Scott Wilson and great grandchildren Maya and Lily Johnson, Logan and Grant Wilson and Campbell, Quinn and Lauren Jones and her many nephews and nieces including Sherry Abraham and Deana Bigley. And the grand dogs Fiona, Winston, Calvin and Bridget.

Cremation. Inurnment is to be held in Omaha, NE.
Read Less

To send flowers to the family or plant a tree in memory of Lorna Mae Steinke, please visit our Heartfelt Sympathies Store.

There are no events scheduled. You can still show your support by sending flowers directly to the family, or planting a memorial tree in memory of Lorna Mae Steinke.
Visit the Heartfelt Sympathies Store

We encourage you to share your most beloved memories of Lorna here, so that the family and other loved ones can always see it. You can upload cherished photographs, or share your favorite stories, and can even comment on those shared by others.

You were Loved MelanieVigil and family sent flowers to the family of Lorna Mae Steinke.
Show you care by sending flowers

You were Loved MelanieVigil and family

Posted Mar 08, 2021 at 10:29am
I'm so sorry for your loss Lorna was my Best friend I'm going to miss her she helped me and my family in so many ways I Thank God I was Blessed

You were Loved MelanieVigil and family purchased flowers for the family of Lorna Steinke. Send Flowers 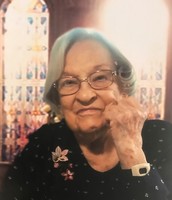 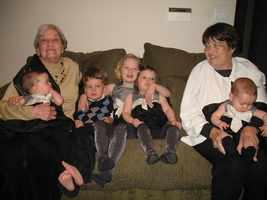 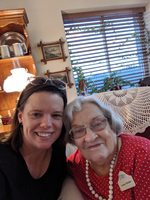