To share your memory on the wall of Peter Thompson, sign in using one of the following options:

Born in 1960 to Dr. Donald and Kathleen “Deanie” Thompson in Broward county, Peter spent his childhood and formative years in Florida. As a youth he enjoyed scuba diving and being a part of the football team, the swim team and the waterskiing club.

Peter served in the US Air Force for four years as an Avionics Technician, honorably discharged in 1985. He then served an additional two years in the Air Force Reserves. He received numerous accommodations during his military service. After his military career he attended both Broward Community College and the University of Florida in Gainesville where he studied Engineering.

Peter worked as an Aviation Engineer for 35 years. He loved his work and it afforded him the opportunity to travel and live in many different locations in the US as well as abroad. Toward the end of his career, he achieved his lifelong goal of working in the space industry as a part of the Dream Chaser Team at SNC.

A deeply spiritual man, Peter’s highest priority was giving loving service to others. In 2013 he became a member of the ECKANKAR Clergy, allowing him to serve his church and community in a greater capacity. His happy, positive nature and contagious smile were gifts he shared with everyone he met. He will be dearly missed by those who knew him.

He and his wife enjoyed many adventures hiking and camping. Their love of the outdoors included numerous adventure races (trail running, mountain biking and kayaking.) They also spent five years traveling and living in a motorhome enjoying various parts of the country.

Peter is survived by his wife Linda, of 26 years, his father Donald Thompson and wife Audrey, his brother Jeff and wife Jill, his brother David and wife Kim, his sister Kathy, his sister-in-law Jody and several nieces and nephews, and cousins. He was preceded in death by his brother Keith, and mother Kathleen.

In lieu of flowers or donations, please share a gift of love with someone dear to your heart.
Read Less

To send flowers to the family or plant a tree in memory of Peter Douglas Thompson, please visit our Heartfelt Sympathies Store.

There are no events scheduled. You can still show your support by sending flowers directly to the family, or planting a memorial tree in memory of Peter Douglas Thompson.
Visit the Heartfelt Sympathies Store

We encourage you to share your most beloved memories of Peter here, so that the family and other loved ones can always see it. You can upload cherished photographs, or share your favorite stories, and can even comment on those shared by others.

Posted May 02, 2021 at 04:46pm
Most of us only have only a few close friends that remain the same no matter how much time passes or how often you see each other. Pete was one of those for me. How fortunate I was to spend my youth with such a great person. God bless you and your family. Jeff
Comment Share
Share via:
SS

Posted Apr 15, 2021 at 08:36am
Our.trip to Crater Lake; Peter & Linda could have walked all around the lake, but let us drive most of it because I couldn’t, they thought of us 1st, that’s Peter and Linda! Peter always had a smile! They were so much fun to be with; he’ll forever be in our hearts.
Comment Share
Share via:
D

Posted Apr 14, 2021 at 08:52am
I want t o express my most sincere condolences to Peter's family. He was a kind and gentle man who was a valued member of the Eckankar community. He will be sorely missed
Comment Share
Share via:
SS

Posted Apr 12, 2021 at 03:38pm
Our trip to crater lake when he and Linda came to visit, and the great time we spent together while they were here..
Comment Share
Share via: 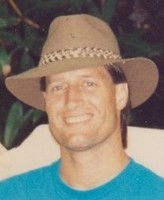