To share your memory on the wall of Roger Hepler, sign in using one of the following options:

He was born January 27, 1933 in Dover, NH, the son of J. Raymond and Rebecca (Peterson) Hepler. He grew up in Durham, NH, the second youngest of 6 children. As a youth, in 1947, he started the Billy Hepler Seed Company, which sold vegetable seed via mail order through 1962. He also worked as a jazz pianist, leading his own bands through the early 1960s, and playing in many local jazz bands through the early 2000s.

Following completion of his PhD, Bill worked in the seed industry in California until 1970, when he returned to Penn State as a faculty member in the Horticulture department. He served as department head from 1973 through 1978 and was also the faculty advisor for the Alpha Gamma Rho fraternity. In 1978 he returned to working in the California seed industry, ultimately forming his own consulting company in the Salinas, CA. He specialized in tomato, celery and lettuce seed production. He retired to Loveland, CO in 2004 to be close to his grandchildren.

His hobbies included playing and listening to jazz music, sharing that music with his friends and family, and completing multiple crossword puzzles daily.

Bill is survived by his wife Emily (Watson) Hepler of 64 years, one daughter, Karen Rosenlof (Mike) of Superior, CO, one son, Erik Hepler (Maureen Ryan) of New York City, NY, a brother, Peter Hepler, of Amherst, MA, two grandchildren, and several nieces and nephews.
He was predeceased by his parents, his brothers Ralph Hepler and Paul Hepler, and his sisters Jesse Gould and Helen Clapp.

Donations in Bill’s name may be made to the University of New Hampshire’s J. Raymond Hepler Endowed fund, within the Hamel Center for Undergraduate Research (https://www.unh.edu/undergrad-research/benefactorsendowments#UROP).
Read Less

To send flowers to the family or plant a tree in memory of Roger William Hepler, please visit our Heartfelt Sympathies Store.

There are no events scheduled. You can still show your support by sending flowers directly to the family, or planting a memorial tree in memory of Roger William Hepler.
Visit the Heartfelt Sympathies Store

We encourage you to share your most beloved memories of Roger here, so that the family and other loved ones can always see it. You can upload cherished photographs, or share your favorite stories, and can even comment on those shared by others. 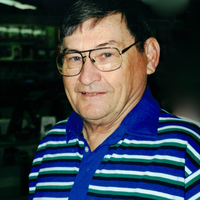