To share your memory on the wall of Thomas Sanders, sign in using one of the following options:

After the Navy, Tom had various jobs and liked to travel. He loved Fort Lauderdale, Florida.

Tom is survived by his sister, Lynette Ebberts and her husband Douglas of Fernandina Beach, Florida; his step-father, Rev. Al Schroeder of Johnstown, Colorado; and his nephew John Henry Williams and his wife Molly, and their two children, Peter and Josephine of Fort Walton Beach, Florida. He is also survived by cousins Ric and Teresa Bacon of Loveland, Colorado; Michael Bacon of Lafayette, Colorado; and Dennis and Janet Culver of Boulder, Colorado.

Friends and family are invited to gather at Mountain View Cemetery, in Longmont, Colorado, on Wednesday May 19, 2021, at 1:00pm as Tom is laid to rest with military honors, next to his dad Milton, and his brother Rodd.

Tom is now in the arms of Jesus. May he rest in peace.
Read Less

To send flowers to the family or plant a tree in memory of Thomas Kent Sanders, please visit our Heartfelt Sympathies Store.

We encourage you to share your most beloved memories of Thomas here, so that the family and other loved ones can always see it. You can upload cherished photographs, or share your favorite stories, and can even comment on those shared by others.

Bob and Linda Williams sent flowers to the family of Thomas Kent Sanders.
Show you care by sending flowers

Bob and Linda Williams purchased flowers and planted a memorial tree for the family of Thomas Sanders. Send Flowers 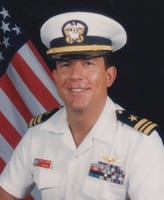