To share your memory on the wall of Wilbert Koolstra, sign in using one of the following options:

Wilbert pursued his dream of becoming a farmer when he started Daisy Lane Dairy in 1970 that started out with 15 cow on 6 acres The dairy was relocated from Berthoud in 2003 to Cope, Colorado where his son Dennis and family live and operate the dairy. Wilbert stayed involved with the dairy as the commodity buyer until his death. He was a farmer and took great pride in being a dairyman.

Wilbert was a very supportive father to his children. He seldom missed a sporting event that they were competing in. He enjoyed fishing and family outings to the cabin at Red Feather.
Wilbert was active in the Church. With his young family he attended the Church of Christ on 6th and Lake in Berthoud. He did some of the preaching there. Later going to the Church of Christ on Taft in Loveland where he continued to be involved with classes. Wilbert loved the Lord.

He is preceded in death by a son, Eric Koolstra.

Viewing: Will be held at the Viegut Funeral Home in Loveland CO on Sunday from 2-5

Memorial Services: Will be held at the Loveland Church of Christ on Monday at 10 am, immediately followed by the burial service at Greenlawn Cemetery in Berthoud.

Memorial contributions may be made to: Windsor Church of Christ, 102 Elm St, Windsor, CO 80550
Read Less

To send flowers to the family or plant a tree in memory of Wilbert Koolstra, please visit our Heartfelt Sympathies Store.

We encourage you to share your most beloved memories of Wilbert here, so that the family and other loved ones can always see it. You can upload cherished photographs, or share your favorite stories, and can even comment on those shared by others.

Tom and Ruth Hopkins, Jerry & Maria Lyne, and other have sent flowers to the family of Wilbert Koolstra.
Show you care by sending flowers

Posted May 22, 2021 at 09:30pm
Goo bless you all in your time of sorrow. May he surround you all with peace and comfort. Love Tom, Ruth and family

Flowers were purchased for the family of Wilbert Koolstra. Send Flowers

Posted May 20, 2021 at 03:48pm
On behalf of DeLaval, please accept our most heartfelt sympathies for your loss. Our thoughts are with you and your family during this difficult time. 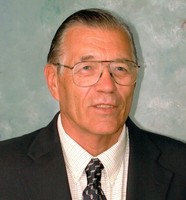