To share your memory on the wall of Willard Walker, sign in using one of the following options:

Willard attended Kelim Grade School, a one room school house, and was a 1944 graduate of Loveland High School. In 1945 he joined the U.S. Navy, training at the Naval Station Great Lakes, where he was selected for the ROTC program at Stanford University enrolling as a freshman. After WWII, the program was closed, and he transferred to Colorado A&M, now CSU, graduating in 1949 with a B.S. in Economics. He was an active member of the Sigma Phi Epsilon fraternity, news editor of the school newspaper, “The Rocky Mountain Collegian,” earned 3 varsity wrestling letters, and competed in the 1949 NCAA wrestling tournament.

After graduating from CSU, he attended Michigan State University earning a M.A. degree in Economics, with a minor in History. In the early 1950’s, along with fraternity brother Gene Meakins traveled around the world together, working along the way. They spent some time in Beirut, Lebanon studying & teaching school there. He loved sports, and pitched at a competitive level fast pitch softball for 33 years.

Willard worked for several companies including Crane Co. & Chrysler. Working mostly in the financial area, he became a NYSE stock broker in 1967, and worked for companies including Bache & Co., now Prudential, Hanifen, Imhoff, & Dean Witter before joining LPL Financial in 1999. In 2007, Willard earned an Investment Advisory Representative designation (IAR) and continued as a full time stock & bond broker until his retirement in 2017.

He was an early supporter of Ronald Reagan being selected as a delegate from Larimer County to the 1980 national GOP convention. He was also a co-founder of the Colorado Conservative Union in the 1970’s, an organization that stayed active & influential until 2003. Willard was also a member & past officer of the American Society of Germans from Russia, a member & past post commander of the American Legion Post 15, where he had been a member for over 50 years, and was a board member of the Lutheran Church of Hope.

Memorial services will be held at Lutheran Church of Hope in Loveland on May 15, 2021 at 1:00pm. Willard's ashes will be spread in Rocky Mountain National Park at a later date.
Read Less

To send flowers to the family or plant a tree in memory of Willard L. Walker, please visit our Heartfelt Sympathies Store.

We encourage you to share your most beloved memories of Willard here, so that the family and other loved ones can always see it. You can upload cherished photographs, or share your favorite stories, and can even comment on those shared by others.

Posted May 17, 2021 at 12:34pm
Our dear Willard you are now back with Till and it was a beautiful service you’d of liked it and weather did great for us to take you to your Final resting spot🙏❤️I’m gonna miss you happy times with our dear Till
Comment Share
Share via:
MA

Posted May 16, 2021 at 01:12pm
We had your service yesterday , it was real nice and today we will take you to your final resting place with Till, gonna miss out talks 🙏
Comment Share
Share via:
EH

Posted May 15, 2021 at 11:09am
Working for Willard at LPL was a joy. He was one of the most positive people to be around. I learned so much from WLW about the stock market. Remembering the surprise party for his 80th birthday that Til and I planned. What great memories I have of Willard. May his memory be a blessing to all.
Comment Share
Share via:
CH

Posted May 14, 2021 at 11:31pm
Willard was a friend for many years. He was our leader in a small but fun stock investment club and we members enjoyed and sometimes even agreed with his sage investment advice. Picnics in Kelim, Christmas meetings with spouses were special (except for the singing). I have many special remembrances of Willard from these years and later his advice and help with my small investment account. Clyde Hodge 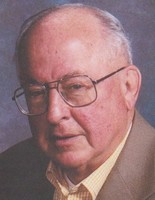 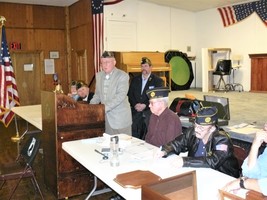 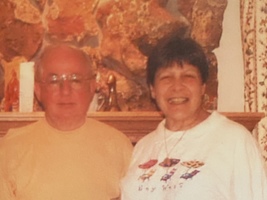 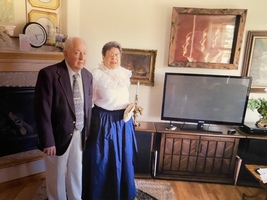